The History of Helmut Newton: Love & Opportunity in Australia

While Newton was stationed in Tocumwal on June 4th, 1945, his first cover was published. It was the Australasian Post, and the cover featured a young woman holding a bucket of grapes on her shoulder. "I ran from one news-stand to the next and stood in front of them in excitement and admiration." It's assumed that there were very few newsstands where his base was.

Inspired to be the future of fashion photography, Newton got himself a studio in Melbourne, Victoria on Flinders lane. He would use every opportunity to show his work in hopes of finally breaking in. 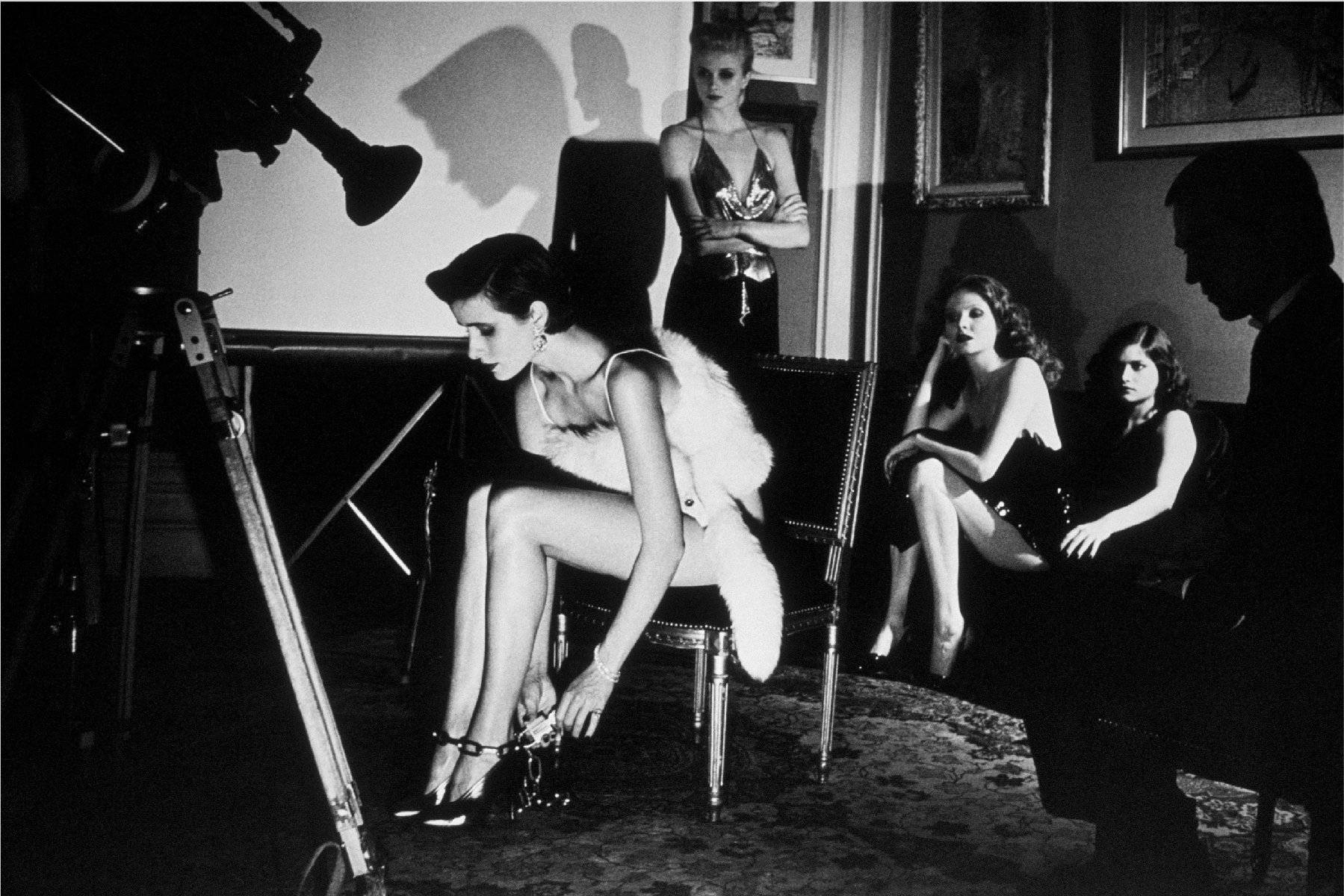 Newton's ambition was on another level of his peers. He would arrive to weddings, unbooked, to beat out his competition. This and portrait bookings paid his rent. One of his more fashion-related jobs was working for local designers, the Rockman Brothers photographing Frock dresses for catalogs.

In 1947 Newton hired a woman named June Browne to work alongside him as a saleswoman. Initially she was under the impression she would be hired as a model, but Newton needed more time to concentrate less on the sales and more on the work he was creating. However, most of the shoots he was booked for were less than ideal. His projects included photographing stores and simple objects for businesses. The closest he got in early 1947 to working in fashion was shooting the "Hat of the Week" advertisements for the Myer Emporium. It was during these shoots that June was finally able to model for Newton.

On May 13, 1948, the two were married. Her connections as an actress and model proved to be beneficial for him. June's peak of fame as an actress landed her in a minor roll in Seven Year Itch, which starred Marilyn Monroe.

June's connections with the theatre community landed Newton his first solo exhibition featuring theatre photographs, arranged by the Melbourne University Dramatic Club. He stated that ‘This is my first and probably my last exhibition’, after feeling unsettled by his work. It was, after all, fashion photography that lit his heart on fire. 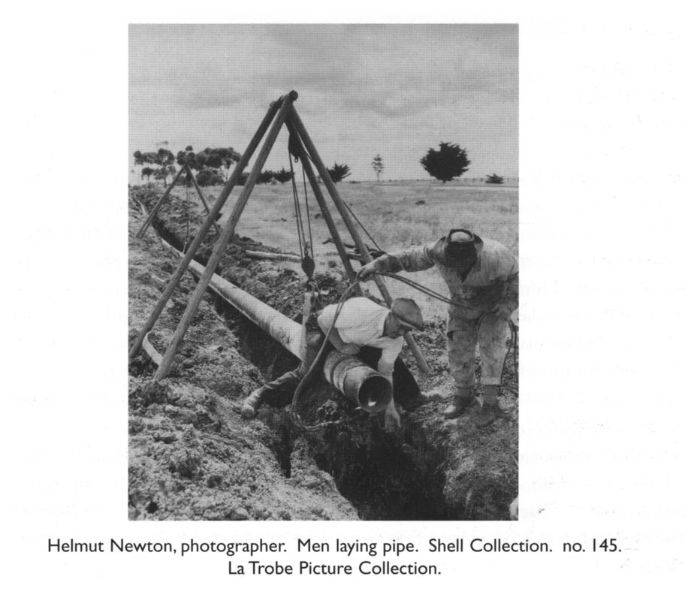 All that to say, work was work. In 1951, the oil company Shell commissioned Newton to photograph the progress of their new refinery. The construction and project took nearly five years, finishing up in June 1956. The result was 251 silver gelatin prints, showing both the work site and the work behind the scenes in the offices. Currently only nine covers of the Shell House Journal featuring these images remain and are only available as full issues.

June said ‘Helmut never takes a quick picture… He controls everything in the minutest detail’. His work was clearly something different from the rest. His peer Wolfgang Sievers worked on the project with Newton, but their styles were very contrast. While Sievers would give directions to the workers, or have them change their outfits or clean their hands, Newton's photographs show the rawness and real grit of the job site.

...Part three to be posted shortly

Want more? Subscribe to be the first to read 'Part Three' of Helmut Newton's History