Marilyn Monroe Never Even Posed For Playboy Or Met Hugh Hefner. The Crazy Story of the Sweetheart of the Month. 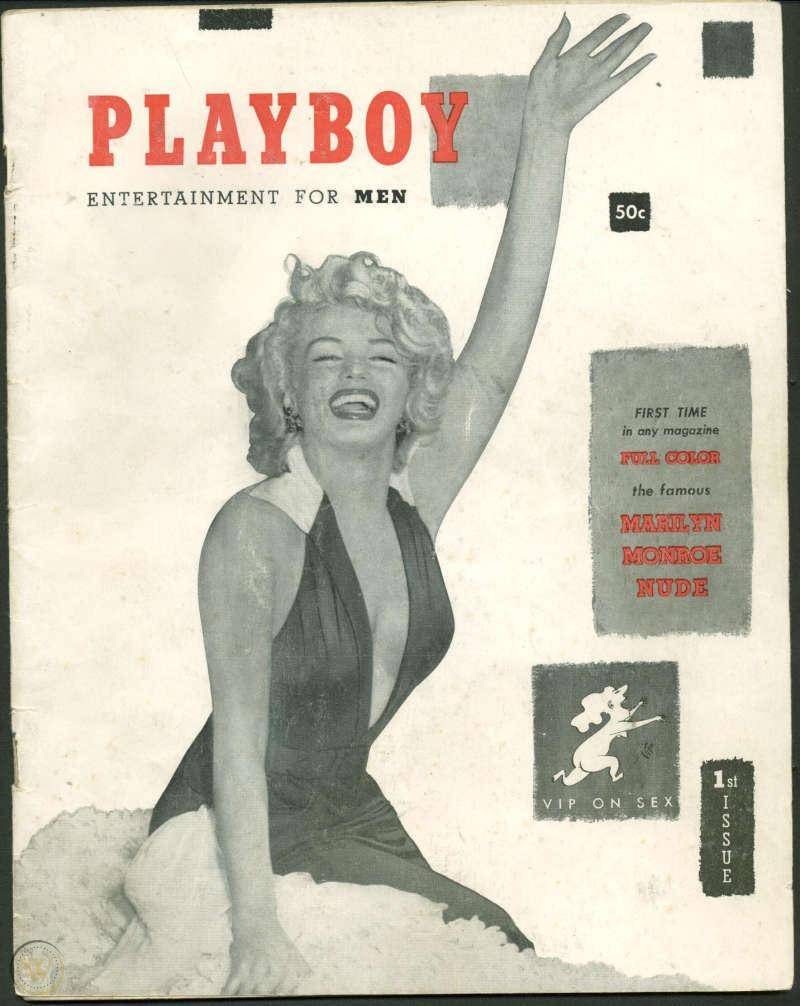 The first issue of Playboy Magazine launched in December of 1953 with Marilyn Monroe gracing the cover and as the centerfold titled "Sweetheart of the Month." The centerfold image was purchased by Hefner from aspiring photographer Tom Kelly for $50. Monroe received nothing for the appearance in the issue.

The naked truth about Marilyn Monroe's famed appearance on the first Playboy cover: The iconic blonde bombshell (born Norma Jeane Mortenson) never actually posed for the magazine at all. In fact, when the late Hugh Hefner used "the famous Marilyn Monroe nude" (the exact words emblazoned upon the publication's splashy inaugural cover) to launch the men's lifestyle and entertainment glossy — and his storied Playboy brand as a whole — in 1953, Monroe hadn't consented to the then-four-year-old images' use, nor had Hefner directly paid her a dime.

That was, of course, because neither was legally required. In 1949, a cash-strapped, jobless Monroe posed nude for pinup photographer Tom Kelley in exchange for the $50 she needed to make a car payment, as described in her friend, photographer George Barris' 1995 book, Marilyn: Her Life in Her Own Words. Barris also noted that the shoot lasted two hours and Monroe had made Kelley promise she'd look unrecognizable in the photos.

On the release documents for the Red Velvet series, as the images were known, the actress signed her name “Mona Monroe.” The reason? “I don’t know why, except I may have wanted to protect myself,” Monroe told Barris for his memoir. “I was nervous, embarrassed, even ashamed of what I had done, and I did not want my name to appear on that model release.”

Either way, Kelley eventually sold the photos for $900 to the Western Lithograph Co., and the images were later published as part of a "Golden Dreams" pinup calendar. Meanwhile, just one year after she posed for the photos out of desperation, Monroe had begun to find great success as an actor, appearing as both Miss Casswell in All About Eve and The Asphalt Jungle's Angela Phinlay in just 1950 alone. Hits like 1952's Monkey Business preceded back-to-back 1953 classics Niagara, Gentlemen Prefer Blondes and How to Marry a Millionaire.

The Playboy founder was captivated by Monroe

Hefner quickly hitched his wagon to Monroe's rapidly rising star. He purchased the rights to Monroe’s nude photos from the Chicago-area company in fall 1953 for a reported $500. As described in Playboy's first issue: “There were actually two poses shot au naturel back in ’49, just before the gorgeous blonde got her first movie break. When they appeared as calendar art, they helped catapult her to stardom. We’ve selected the better of the two as our first Playboy Sweetheart.” (Sweetheart of the Month was the precursor to Playmate of the Month.)

Playboy hit newsstands for the first time in December 1953 with a price tag of 50 cents, a black and white photograph of a smiling, fully dressed Monroe seated atop an elephant, and a promise to the reader for one "FULL COLOR" nude photo of the actress for the “first time in any magazine."

Indeed, Monroe's impact was undeniable — though she was never paid more than her original $50 paycheck from Kelley and went on to claim to Barris that she "even had to buy a copy of the magazine to see myself in it." She and Hefner also never met in person (though the latter did claim he once spoke to Monroe via telephone and that she was in his brother's acting class). "I never even received a thank-you from all those who made millions off a nude Marilyn photograph," she told Barris.

After all, the Playboy photos could have jeopardized Monroe’s career. As concerns arose at her home studio, 20th Century Fox, some urged Monroe to deny the nude images were authentic. But she had other plans.

"I admitted it was me who posed for that nude calendar even when the Fox executives became nervous and believed this would cause the ruination of any films I would appear in and also the end of my movie career," she added in Barris' book. "Of course they were wrong. The fans, my public, cheered when I admitted it was me, and that calendar and that Playboy first-issue publicity helped my career."

Monroe's tragic 1962 death precluded Hefner from ever meeting the woman who helped make him famous. “I feel a double connection to her, because she was the launching key to the beginning of Playboy,” Hefner reflected to CBS in 2012.

The media mogul even reportedly spent $75,000 in 1992 to purchase the burial plot next to Monroe's at the Westwood Village Memorial Park Cemetery. “I’m a believer in things symbolic,” Hefner, who died at 91 in 2017, previously told the Los Angeles Times. “Spending eternity next to Marilyn is too sweet to pass up 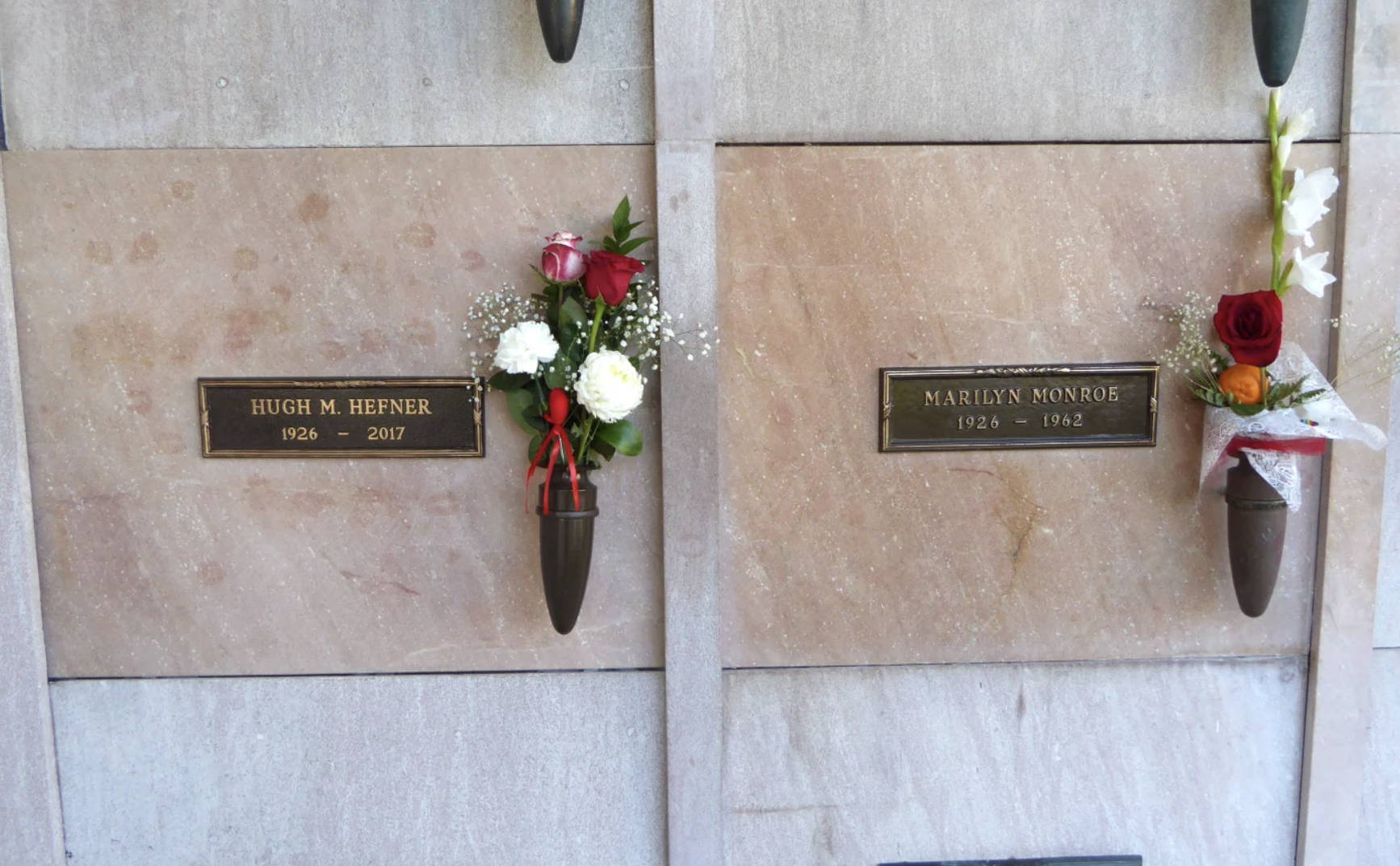 I never even received a thank-you from all those who made millions off a nude Marilyn photograph. I even had to buy a copy of the magazine to see myself in it … I admitted it was me who posed for that nude calendar even when the Fox executives became nervous and believed this would cause the ruination of any films I would appear in and also the end of my movie career. Of course they were wrong. The fans, my public, cheered when I admitted it was me, and that calendar and that Playboy first-issue publicity helped my career. 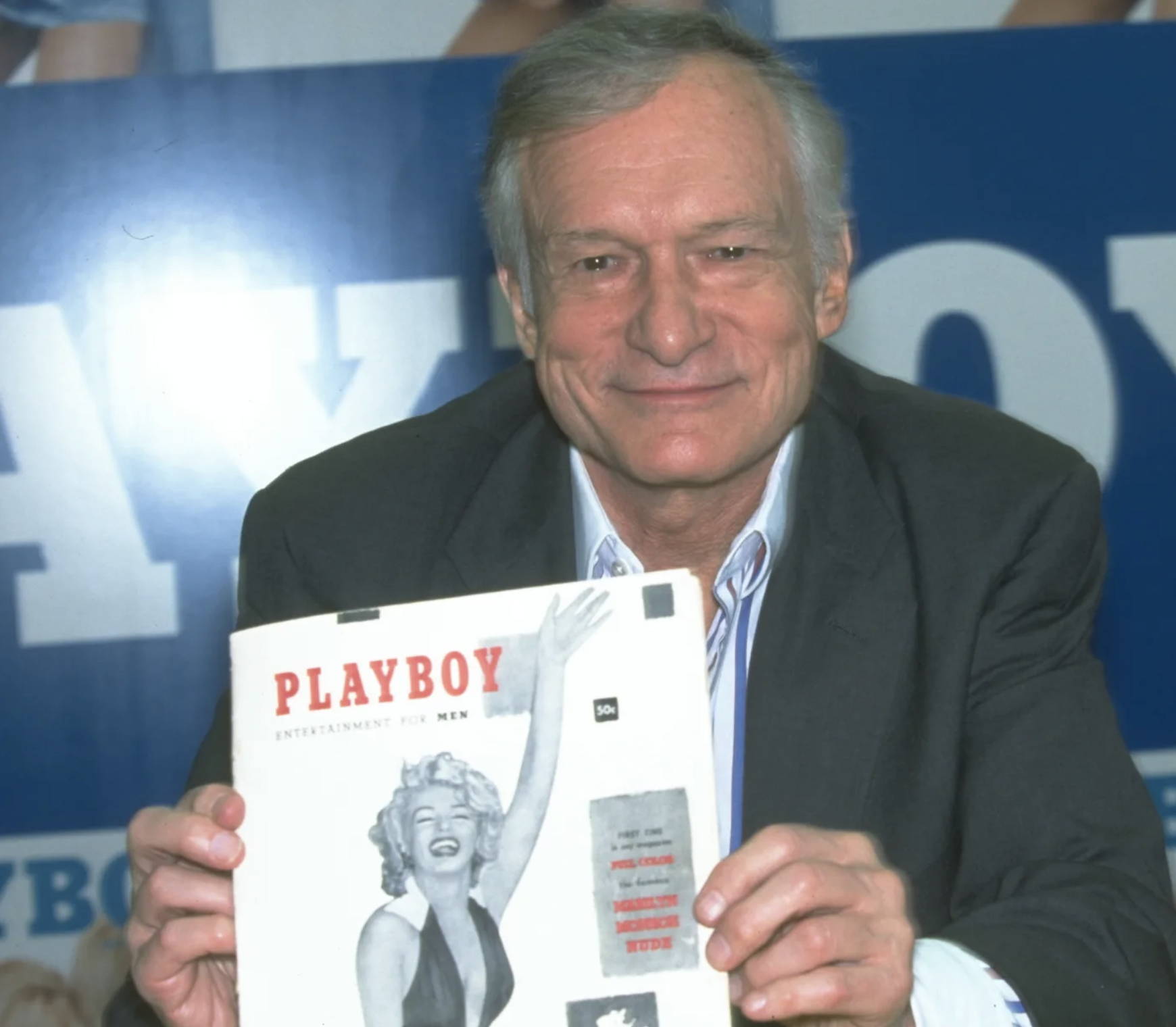 Hugh Hefner with the first issue of Playboy Magazine.