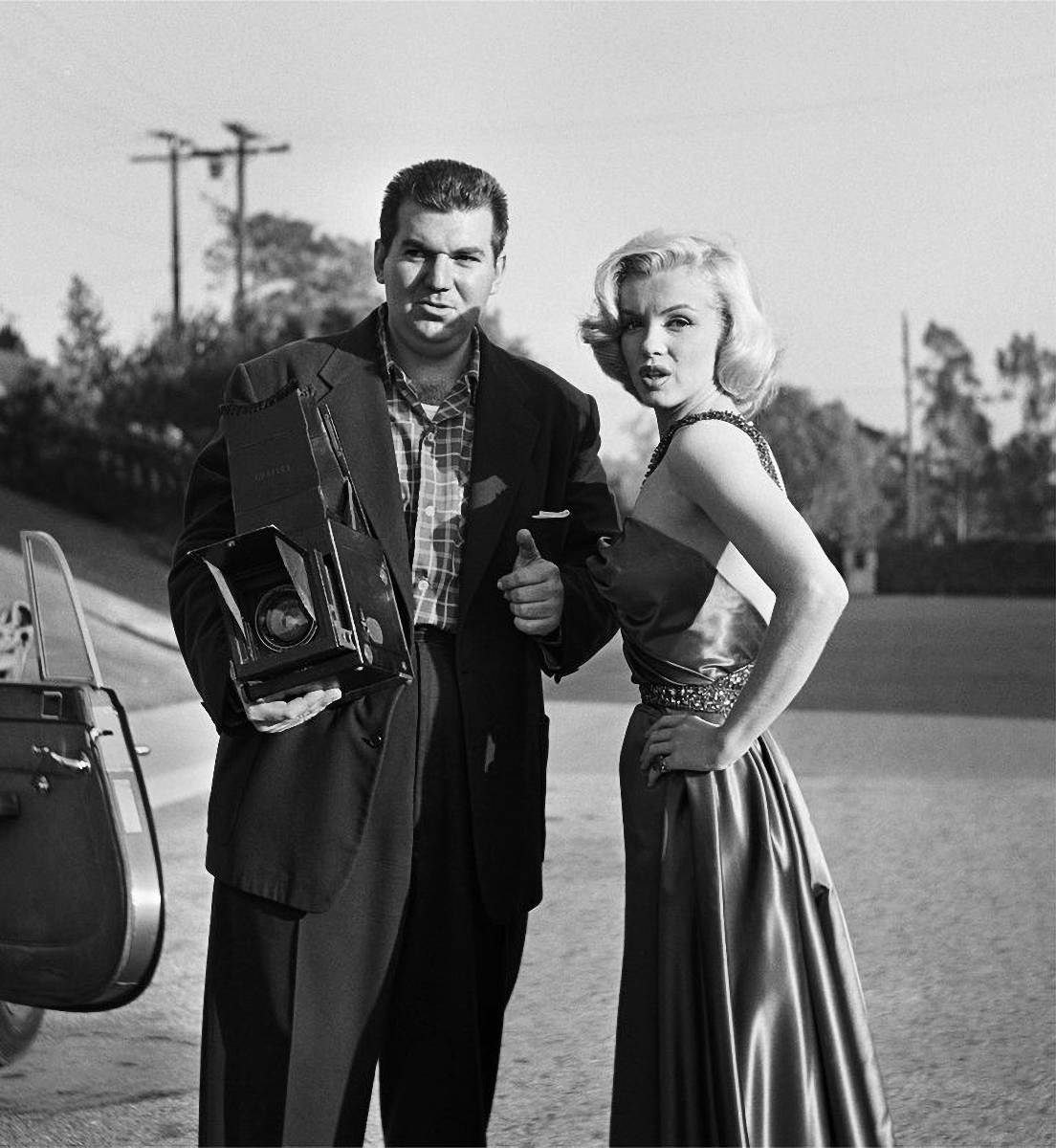 Worth was born in New York City. He became interested in photography in high school. Moving to Hollywood, he made friends with Rudy Vallee and his wife, who allowed him to live with them and introduced him to other stars. Among his early subjects was RitaHayworth, then an unknown starlet. Worth became a friend of numerous well-known actors and actresses including James Dean, Marilyn Monroe, Frank Sinatra and Jimmy Cagney. These friendships plus "a knack for being in the right place at the right time" allowed him to capture unique images of the stars. He gradually gave up photography and fell into poverty but he refused to sell the photographs of the people who had been his friends. After his death in December 2000, his cousin acting as executor found more than 10,000 negatives in his apartment. Eventually a friend realized the possible value of the photos and formed a company to publish them. They were the subject of several heavily publicized exhibitions, including one in London in 2002, which Christie's auction house described as "the most extraordinary collection of its kind for the past 50 years.