Slim Aarons (1916 - 2006) crossed paths with celebrities, royalty, and the who's who of society including famed Sicilian born American gangster Charles "Lucky" Luciano (1897 - 1962). Luciano's criminal enterprise included gambling, narcotics-peddling, prostitution, extortion, and a bevy of other vice dens bilking millions of dollars a year from customers. Aarons captured the mobster several times over the course of his career including exclusive image of the gangster with family and friends during his exile from the United States by the FBI, which was granted for his assistance in protecting the docks in New York City during the second World War. Read more about Lucky Luciano.

Through exclusive partnership with Getty Images, the owner and custodian of the Slim Aarons photographic archive in its entirety, we have obtained select vintage silver gelatin limited edition prints featuring Lucky Luciano in his hometown Sicily with friends. Each vintage silver gelatin print is individually numbered and embossed with the Getty Images seal of Authenticity. Slim Aarons is one of the world's most celebrated photographers having amassed 50+ years of celebrity and high society imagery. Aarons portfolio was purchased in 2004 and was the first collection that launched eponymous Getty Images as we know it today. Read more about Slim Aarons. 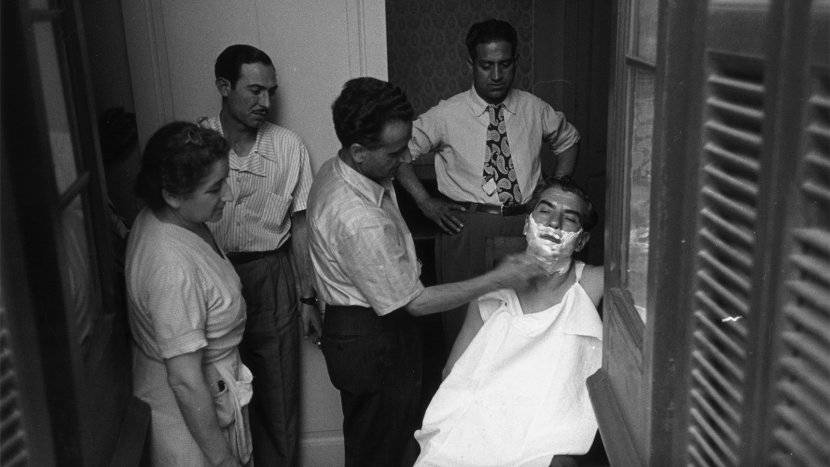 Charles "Lucky" Luciano enjoying a hot shave with his entourage.