Celebrating 150 Years of the Hotel du Cap, The Exotic French Resort Hotel that Served as Hollywood’s Seductive Getaway for Years 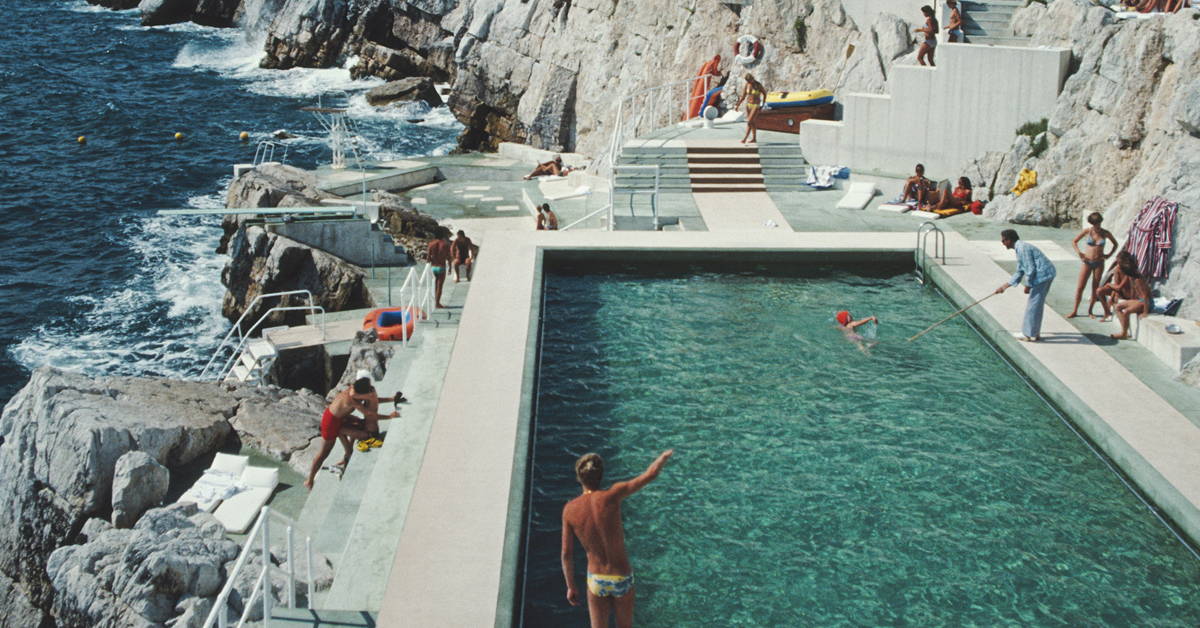 Learn the About the Glamorous Guests, and their Poolside Scandals at the Infamous Hotel du Cap. Who Knows it Better than Slim Aarons, the Man who Photographed it All?

In 2020 the Hotel du Cap-Eden-Roc, or more affectionately known as the Hotel du Cap, will celebrate its 150th birthday. You may have never heard of it, but for decades it has been the preferred Mediterranean hideaway for the rich and famous. Some of the most salacious and scandalous stories from long-lost eras of glamour took place within the walls of the Hotel, while the world’s most beautiful and fashionable people lounged by its poolside.

Since its inception, the vacation spot was always a place for artists, even before the Hotel du Cap earned its status as the ultimate Cannes getaway. In 1862 French journalist, Hyppolite de Villemessant yearned to create a resort, where artists and writers like himself could renew their creative energies in the restorative sunshine of the French Riviera. With the financial help of a Swedish count, Paul de Fersen and his brother-in-law, Alexis de Pletscheyeff, de Villemessant was able to set his dream in motion. The elaborate palace took years to finish, and wasn’t finally completed until 1870. Although certainly a personal triumph for de Villemessant, the estate was initially a flop. It was not until 1887, when ambitious and relentless hotelier Antoine Sella whipped the resort into shape, setting a new and unprecedented standard of luxury within the Riviera. After a rigorous two-year renovation, the Hotel du Cap was finally opened and ready for business.

By 1920, the Hotel du Cap was globally renowned for its opulence and glamour, already regularly attracting a vibrant crowd from all over the globe. A variety of celebrities flocked to the idyllic hideaway; actors, writers, artists, royalty and heads of state were historically frequenters of the du Cap. Some of its most famous guests included (but are certainly not limited to) Marlene Dietrich, Orson Welles, the Duke and Duchess of Windsor, Winston Churchill, Charles De Gaulle and the Kennedys. In short, anyone who was anyone could be seen at the vacation spot. The hotel’s secluded grandeur not only brought out celebrities to the Riviera, but their most secret vices as well. Elizabeth Taylor and Richard Burton conducted an affair within one of the resort’s 117 rooms, while Taylor was still married to Eddie Fisher! The pair found the retreat so relaxing and intoxicating that they honeymooned there eleven years later.

Surrounded by a lush 22-acre park and lavender gardens, the Hotel sits perched right on the breathtaking Côte d'Azur. It’s no wonder that the Hotel du Cap thrived. Nestled among luxurious surroundings was undeniably the classiest place to stay along the Riviera coast, where socialites could drink a cold signature Bellini and bask in the beautiful French sun. The most iconic feature of the resort is its dazzling olympic-sized pool, built in 1914. Overlooking the jagged shoreline beneath the hotel, a few meters above the warm waters of the Riviera, the pool’s heated salt waters and basalt lining have seduced celebrities and paparazzi alike. 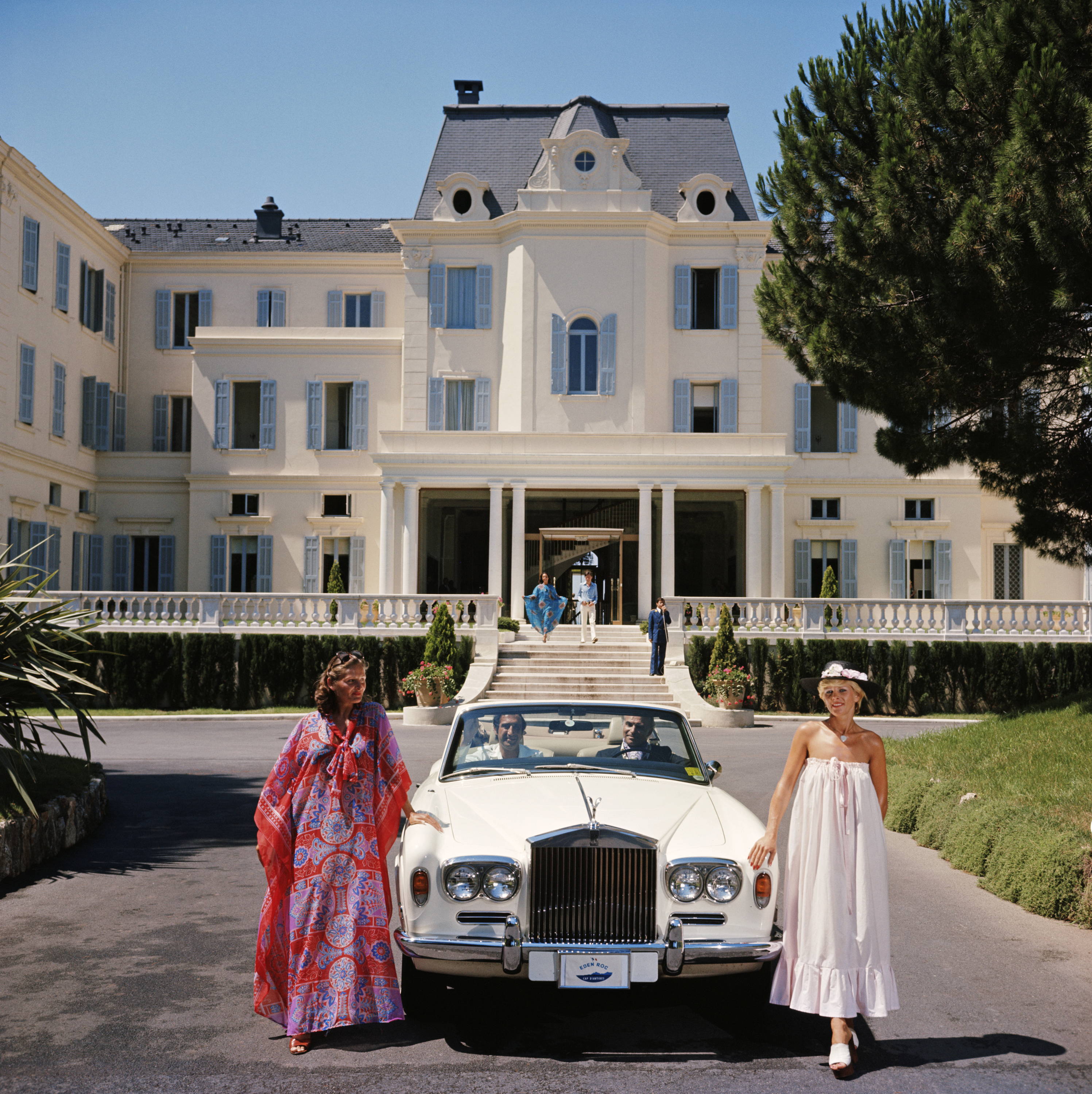 The infamous getaway had a certain je ne sais quoi that was irresistible to those who had power, wealth, and fame. Perhaps the photographer who best captured the verve of the hotel’s elite scene was Hollywood’s bad boy cameraman Slim Aarons. Known for his charisma and wit that helped him rise through the ranks in Tinsel Town, Aarons fit right in with the other star-studded guests and was known to be a friend of celebrities, rather than a sleazy paparazzo. Slim Aarons renders the true luxury of the experience of staying at the Hotel du Cap. His photographs of the hotel’s azure pool are particularly beautiful, encapsulating the coveted spot’s dream-like atmosphere; sun-kissed bodies sprawled out on the pavement, the sun’s rays dancing on the cerulean water, with the magnificent pearly château standing in the distance. Slim Aarons’ skillful eye makes the poolside look like a postcard illustration, making any viewer immediately wish they were there.

Partially due to Aarons’ photographs of the getaway in its heyday, the Hotel du Cap has remained popular with A-listers, always the first choice of Hollywood film stars during the annual Cannes Film Festival in search of an undisturbed spot to relax and play away from the cameras. Some of Hollywood’s most cherished VIPs like Nicole Kidman, Jude Law, and George Clooney have said it is one of their favorite places to stay. Johnny Depp even scribbled in the guest book, “Always amazing here! Merci pour tout!" with an impromptu self-portrait.

After 150 years, the hotel’s timeless charm prevails, with the elite still congregating within its opulent walls. While there are countless reasons why the resort has stayed so popular with the socialite class, perhaps the best answer lies within the frame of Slim Aarons’ iconic photograph: the Hotel du Cap offers a paridisal respite away from prying eyes to those who need it most.