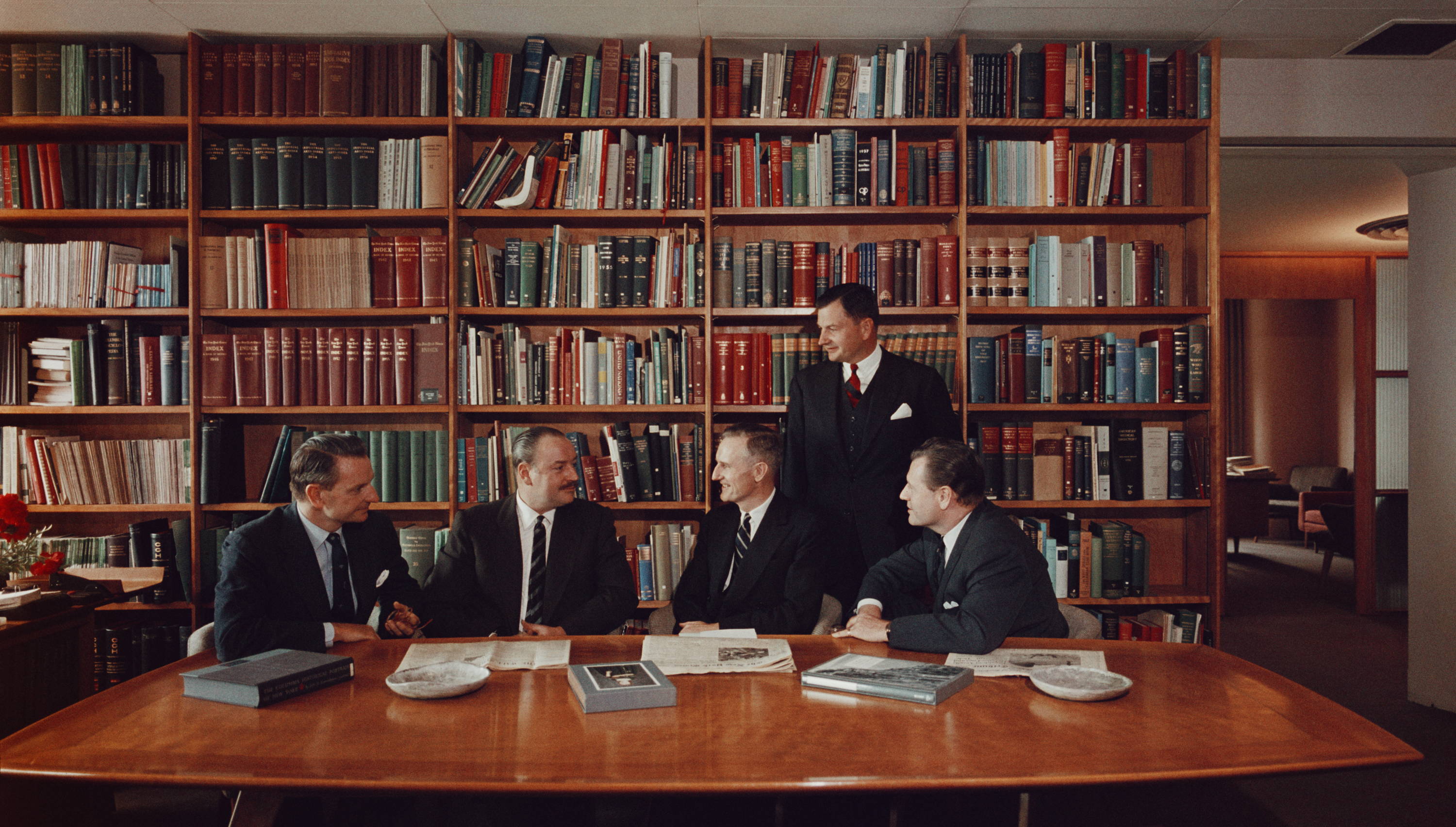 Slim Aarons Silently Captured the Who's Who of New York City for 50+ Years.

Slim Aarons began his climb to style swami at an unlikely place—a farm in New Hampshire. But, for all the weighty lineage he has photographed, his own childhood remains “a blur.” Raised by his grandparents, Aarons never really knew his parents, and he won’t talk about it, because he doesn’t want “crazies calling up, saying they’re long-lost cousins.” Instead, he’ll just exclaim, “I’m a simple farm boy!”

Aarons started his career in fairly dull and unexciting environments by joining the Armin like most young men his age. In the Army he found an affinity for photography and instantly became the photographer at West Point. His travels from there wound all over the world with him ultimately landing back in New York City in the early 1950's.

During this time Slim captured some of the most enduring and memorable images of the city that never sleeps. From wintery escapes Upstate to room service at The Plaza, Slim's New York City images are a delightful walk down memory lane. 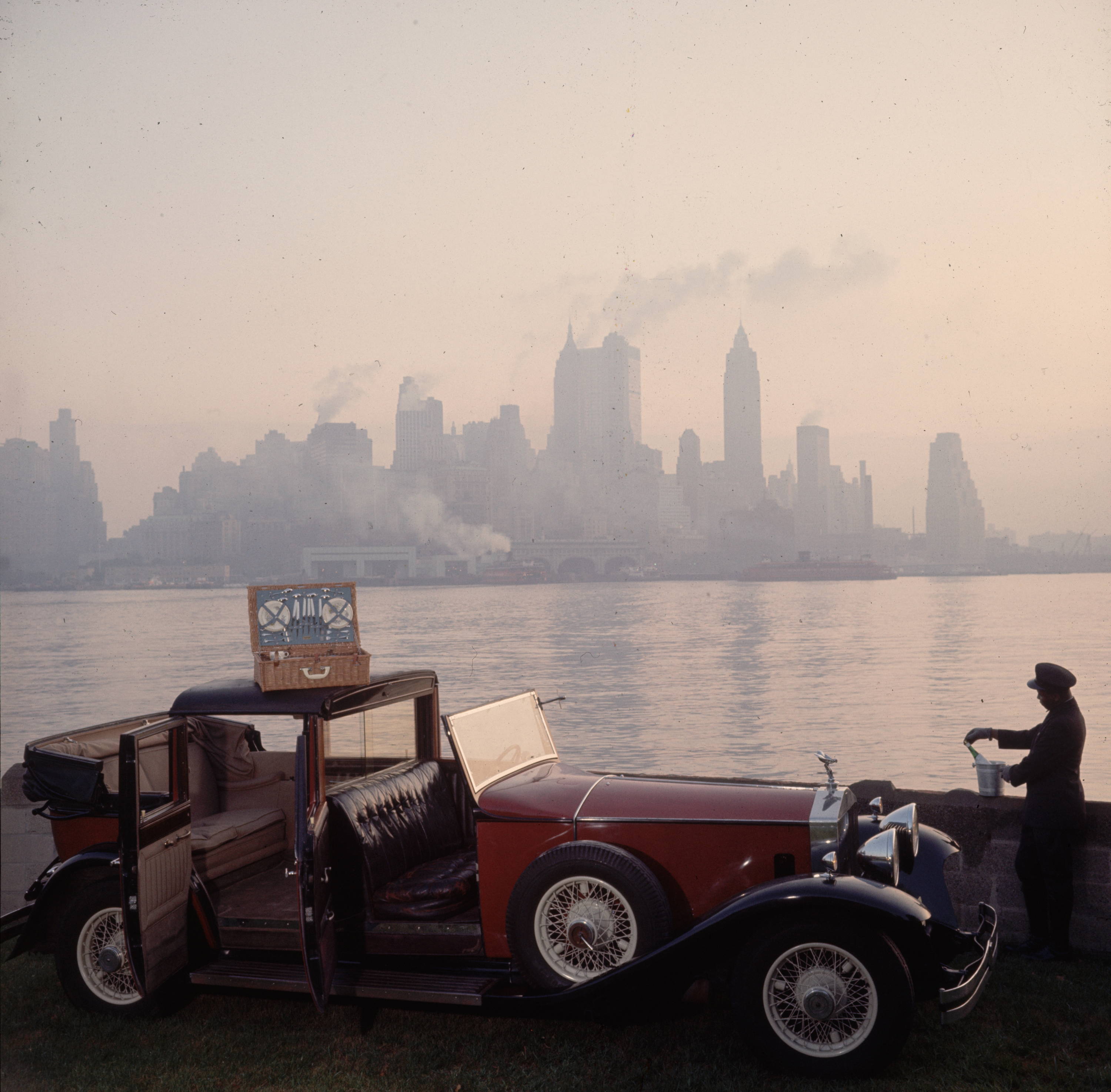 A chauffeur unpacks a picnic hamper from a Rolls Royce, against the New York skyline. (Photo by Slim Aarons/Getty Images)

Slim gets his fill of beaches and blondes.

Following his adventure in military photojournalism, Slim set up base at Life Magazine, then Harper's Bazaar, and after a raucous stint in Hollywood landed back in New York at Holiday Magazine with cutting-edge editor Frank Zachary. Zachary employed a group of unknown photographers including photographers that included Arnold Newman, Henri Cartier-Bresson, Tom Hollyman, Fred Maroon, John Lewis Stage, and Aarons, which would become the backbone of the magazine. From the start, Aarons was the group’s most exuberant and creative member and set his path creating candid images of the elite of New York City from a casual perspective opposed to the traditional stuffy portrait poses common in the era.

As his portfolio of clients grew so did his friendships, which ultimately led to the culture and relaxed energy celebrities came to love about Slim when shooting. He was able to be a friend and create a relaxing environment that was fun and enjoyable, and his eye for playful scenarios was a delightful break from the conservative norm. Abandoning the large format plate driven cameras of the day long ago for a nimble and light Leica, Slim produced images with stunning colors and casual, candid scenes that silently took the fashion world by storm and reshaped editorial portrait photography as we know it.

“Everybody that he photographed— everybody—liked him. You couldn’t help but like him,” says C.Z. Guest, who sums up the whole Slim experience in a clipped “fabulous.” Anthony Mazzola, his editor at Town & Country, recalls, “When we covered balls, we knew all the people, and Slim knew all the people, and when they saw him coming, most of the women would get up and embrace him.” 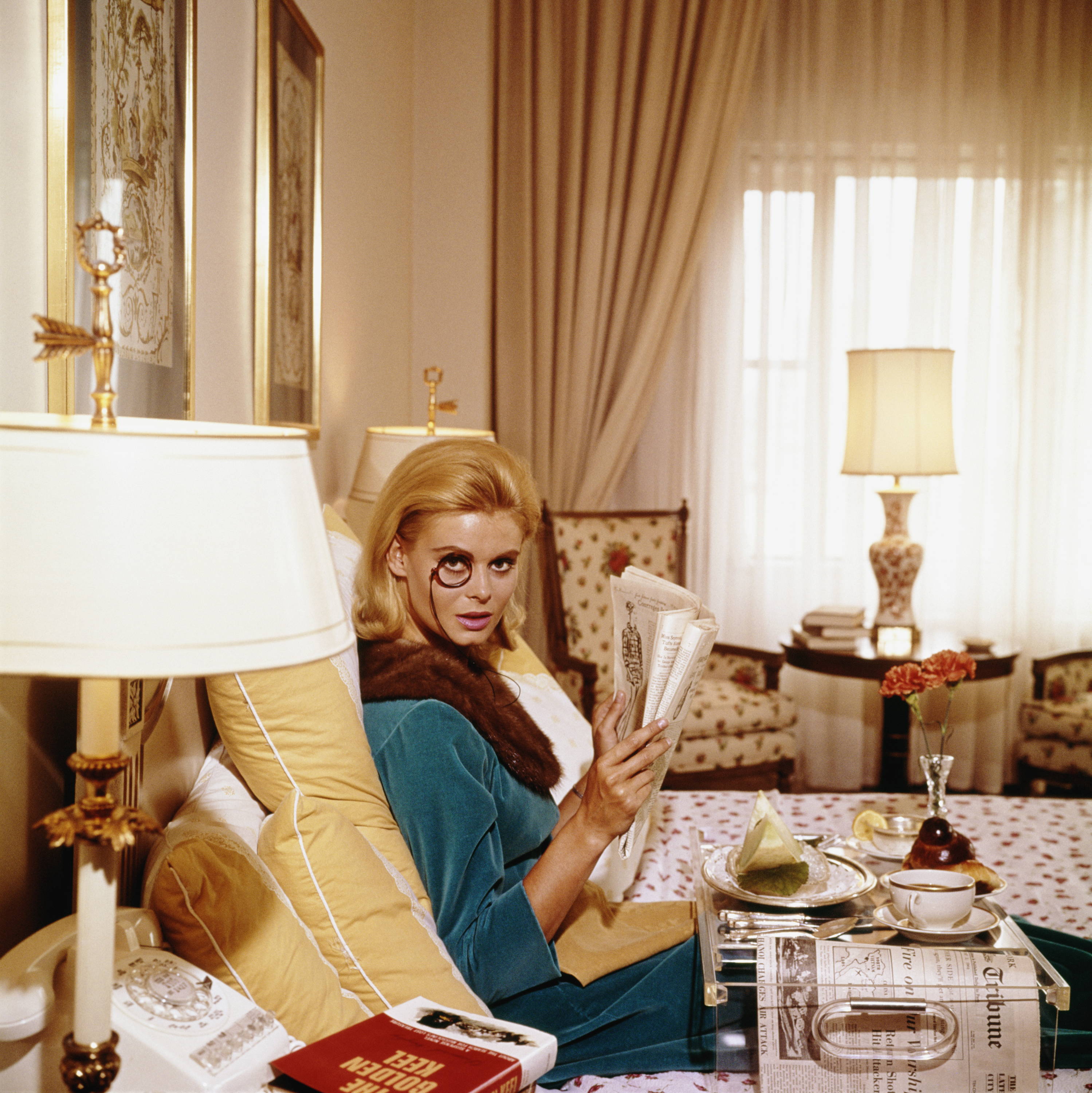 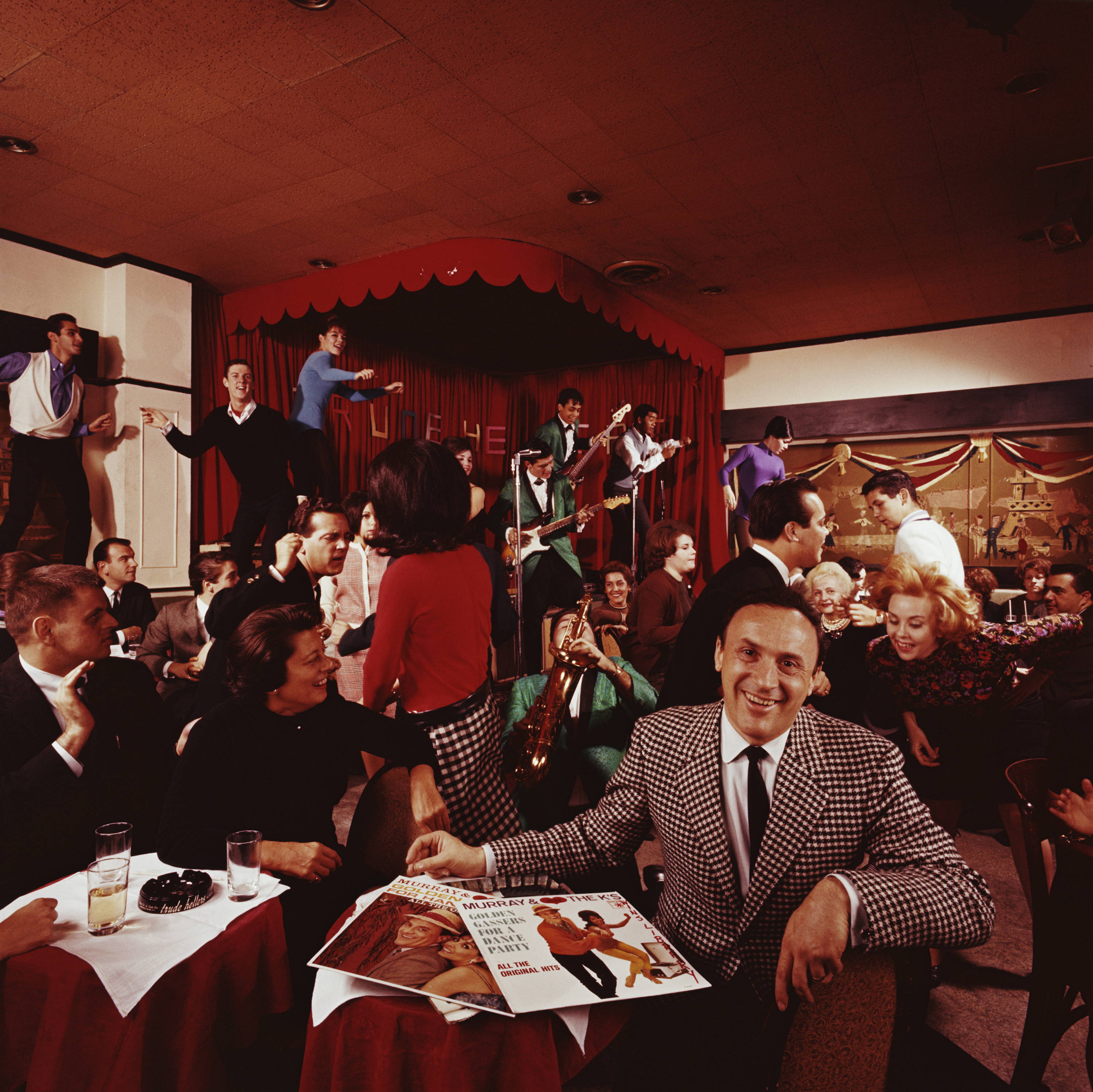 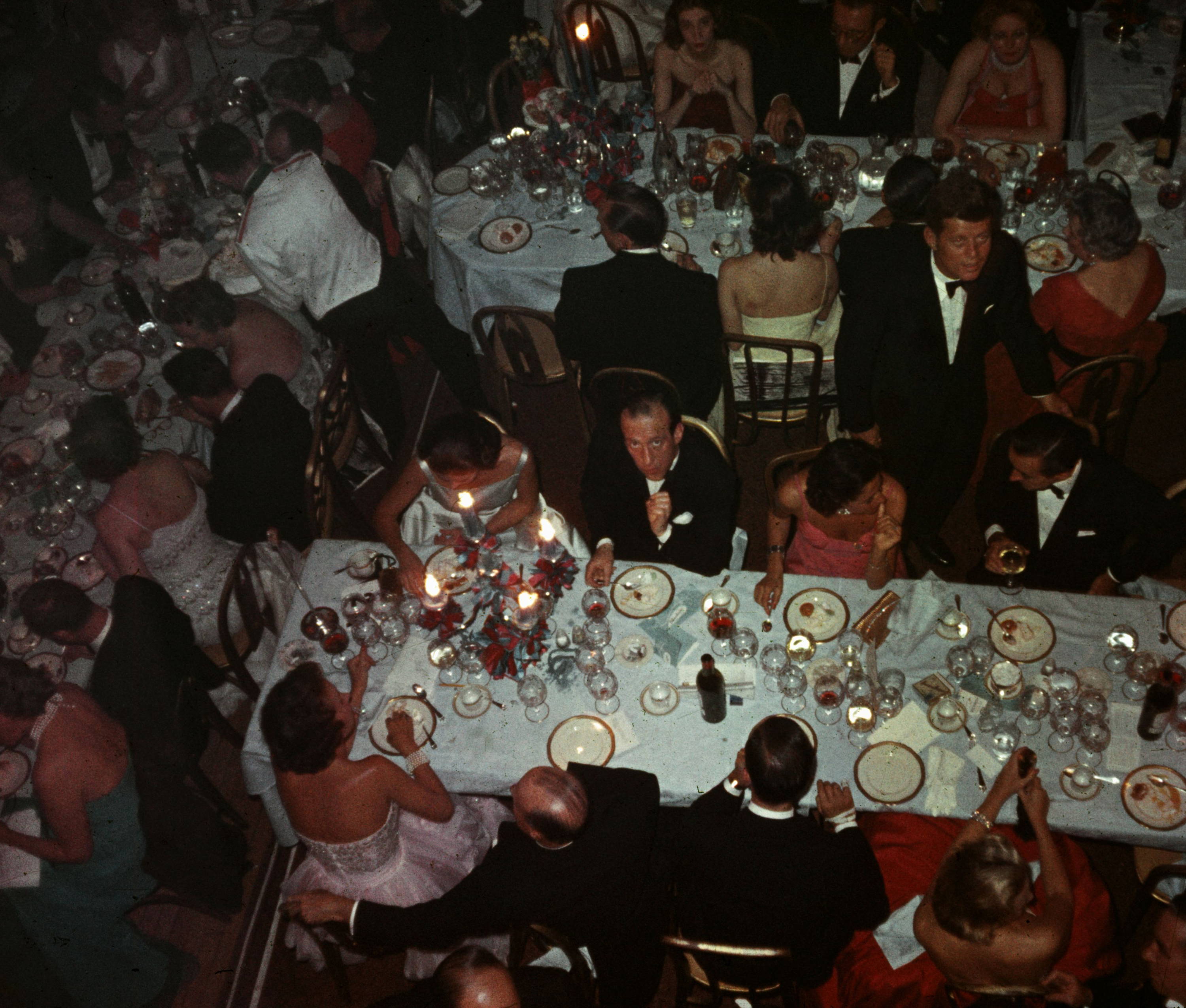 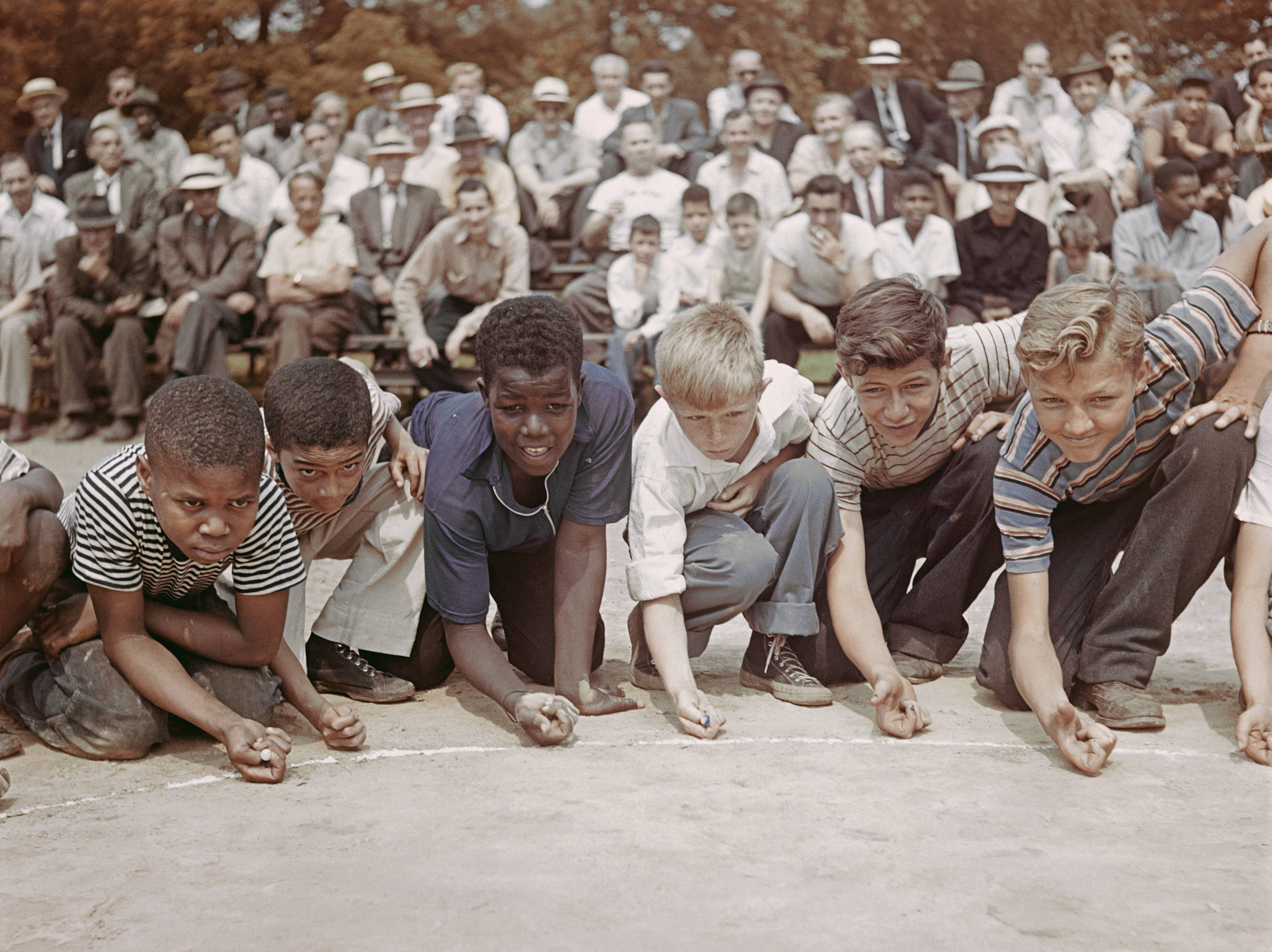 It wasn’t just high society that embraced Aarons—it was anyone who had a taste for la dolce vita. In 1949, when Mob leader Lucky Luciano was banished from Rome and sent back to his hometown of Lercara Friddi, in Sicily, he sent the other photographers on a wild-goose chase and selected Aarons to be the exclusive chronicler of the journey. “His father came up and they kissed,” Aarons recalls of the Sicilian homecoming. “Lucky said, ‘Don’t take a picture of that. People will think I’m a sissy.’ . . . It was a real Italian festival, with cousins, cugini, whatnot. . . . The local boy who made good!”

“All these short directors love tall guys. That’s why, the minute I came to Hollywood, everyone wanted to make an actor out of me,” says Aarons, who failed screen test after screen test. “I can’t be anything but me!” he says. “That’s the problem. That’s why I’m no good in the movies. I can’t play somebody else. You follow?” (In his famous Kings of Hollywood portrait, of Clark Gable, Van Heflin, Gary Cooper, and Jimmy Stewart yakking it up at the Hollywood restaurant Romanoff’s, the source of their obvious amusement was his pathetic acting skills.) Alfred Hitchcock was so taken with him, says Aarons, that he decided to make the Jimmy Stewart character in Rear Window a photographer.

Slim was raised in New York and New Hampshire and began his photography career while in the Army and before long was appointed the official photographer of the United States Military Academy at West Point. When war broke out, he was sent as a combat photographer for Yank magazine and saw action from North Africa to the Middle East to Europe, witnessing the fall of Tobruk and the liberation of Rome, and he received a Purple Heart. Read more...